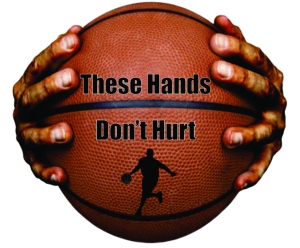 Africa Unite and The Centre for Justice and Crime Prevention, under the theme: “Youth Combating Violence against Women-These Hands Don’t Hurt” held a basketball tournament on 18th August 2012 between Excelsior Secondary School: Belhar and Gugulethu. At the Belhar Sports Centre, a friendly basketball tournament was meant to raise awareness and petition in opposition to Violence against Women in celebration of Women’s Month.

Mr Norman Jantjies, a representative from the Ministry of Community Safety addressing the youth before the match

Before the actual game had commenced, the captains of each team delivered a message of support in celebration of Women’s Month and the “Combating Violence against Women” notion. They described how they, and other youth, can positively use their hands to do good. By not hurting an innocent individual, but instead do the opposite. Judging by the intensity of applauds from the crowd, it was evident that both heartfelt messages had touched and resonated throughout.

The two teams, Excelsior Secondary School and the Gugulethu representatives, took to the court and made better use of their hands by delving into an excellent game of basketball. They provided exhilarating entertainment for all and had everyone on the edge of their seats. The final score led Gugulethu to victory, leading with 56 points to Excelsior’s 31. But at the end of the day, there were no losers. Mr. Norman Jantjies presented both teams with identical medals and a certificate of participation as a reward on their achievement. Also in attendance were some of Gugulethu’s youth gang members who were selected by Gugulethu Join Safety Committee. As they looked on, they were inspired and set a few new goals for their lives. Food and refreshments were available for everyone.

The overall objective of this tournament was to change attitudes and behaviour of young men and youth towards women and women’s rights at large. It was an alternative and an example for youth to use their hands in positive ways instead of drugs, gangsterism or in harming women physically. To foster social cohesion, the two teams were formed of young people (ages 14-18 years) from different backgrounds as well as foreign nationals.

Both communities of Belhar and Gugulethu were thankful for such a gathering and pledged their support to the cause.

Africa Unite would like to thank our following interns: Lindsay Powell (Wheaton College, New York), Martin Iroche (University of Manchester) and Bradley Wilson (Colorado School of Mines) for their efforts to make this event a success.